The previous part of this blog is here

4.30 PM, 25th May 2012. Safari over we decided to go shopping with Mahedeva's list to Kutta, otherwise there would be two cranky children to handle.

On the way out of the park there is swampy area just about two kilometers from the park gates. Through the bamboo and trees we could see lush grass growing.Then, as we crossed a clump of bamboo he appeared in our sights. The most magnificent bull elephant I've seen in any forest anywhere. Perfect build, perfect ears, perfect tusks and perfect location. Even more magnificent than my CLAY Elephant in Guruvayur. 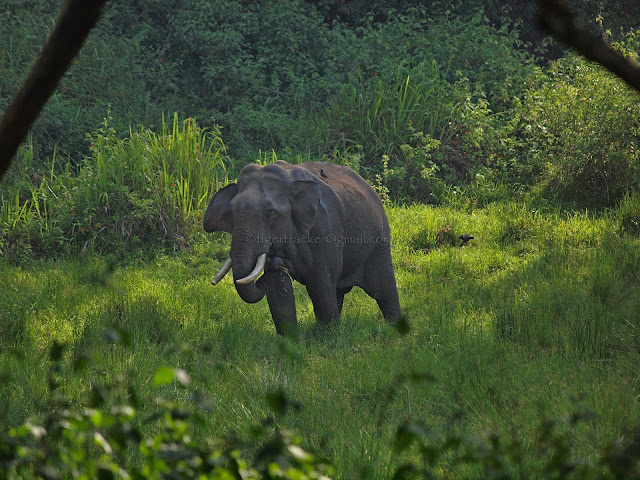 He was gently twisting the long grass and feeding on it. He had a supremely content look that said, "I'm the King here." There is no creature more majestic than a tiger in our jungles but the elephant is the King. He is the only animal that does not have to look backward while eating or drinking. No one messes with him. 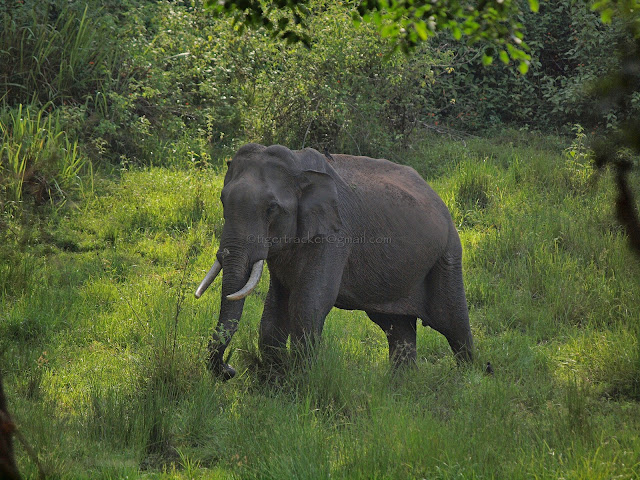 We reached Kutta, stocked up and drove back with the boot full of veggies and chicken! On the way back the King Elephant was still there, preparing to go off elsewhere. We halted hoping he'd cross the road ahead of us but he was smart, like all elephants. He sensed us and lifted his trunk to sniff the air. 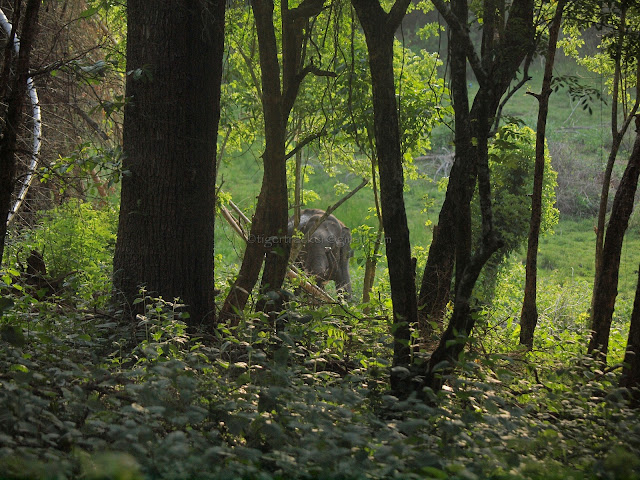 Obviously disgusted, he changed direction and ambled off in a along the edge of the grass, parallel to us. Kings don't give audience to lesser mortals like us. We weren't worth wasting a trumpet on, leave alone a mock charge. 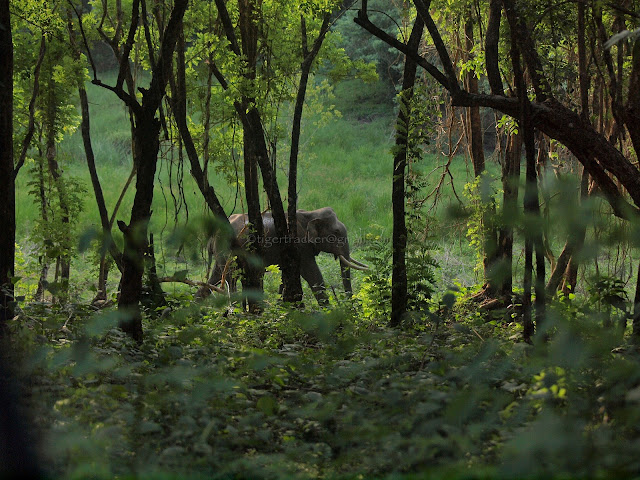 There were a few gaur lying around peacefully. Even they didn't seem unduly affected by our interfering presence. Perhaps they knew we were the strangers in their paradise. 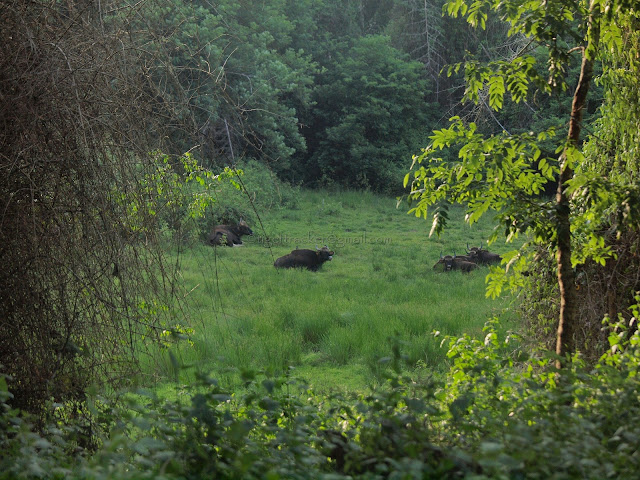 We drove off disappointed that the King refused to make another appearance but not before nearly running into predator. Well. Nearly!!

There were a herd of chital waiting to cross the road but something had spooked them. There were alarm calls flying all around and we waited expecting a predator to appear. Nothing happened and the chital went back to the grazing. Another no show again. 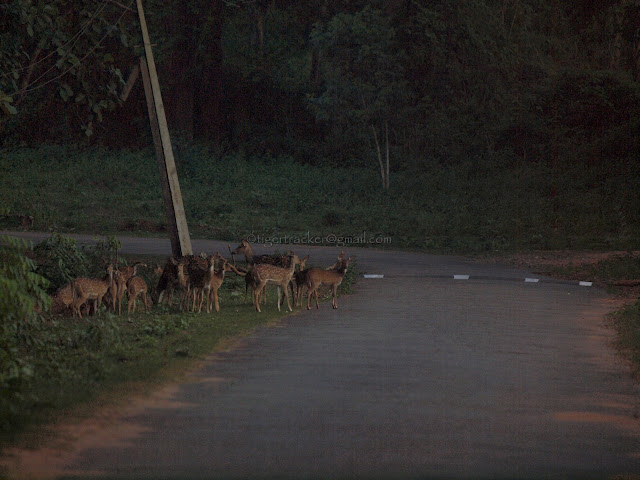 Darkness was falling and we had to get back with the chicken for Mahadeva to cook. Otherwise we'd have a mutiny in our hands!

Very nice..Thats marvelous to sight Elephant and gaurs outside safari!!even chital deer... but irony is that you are still disappointed for not happening wat u wished!!..

Unknown said...
This comment has been removed by a blog administrator.
3:51 pm

Thats so wonderful to sight bull elephant and gaurs outside safari!!.. even chitals... but irony is that ur disappointed for not happening wat u wished for!!

This is a record of my travels through the Wilderness of India. All content including photographs are mine (unless otherwise specified) and may not be copied, printed or transmitted in any way. If a link to this blog is to be placed elsewhere, I expect a little basic courteousness; please ask my permission.